After several hectic days of tight scheduling and bad sleep patterns, it all starts weighing down on me. This phenomenon is what I called the “Flerp Days,” days where it becomes hard for me to focus on anything, with the brain working at half its normal rate and I start to visibly wilt. Tasks that normally take me 15 mins start taking hours to do. Things that I normally enjoy doing become a burden on my being. So, to break that, the hubby and I went on an “Iftar date” Friday. Now, deciding what to do was a bit of a challenge. It was really hot that day and super sunny, so nothing that would require us being outside for too long, lest I pass out from dehydration. And nothing that could go over the time of Iftar and evening prayers.

Thus we settled on a board-game cafe by the name of GG! Gaming Cafe. It was a lovely place for people to hangout, play board-games, and enjoy a yummy cup of coffee with a snack. I did neither of the latter as I was fasting, but the general environment was really nice and chill, with a bubbly and helpful staff. It was really fun, especially since I beat the hubby at the board-game, Dimension. He’ll tell you we tied, but we didn’t, I had the bonus chips! 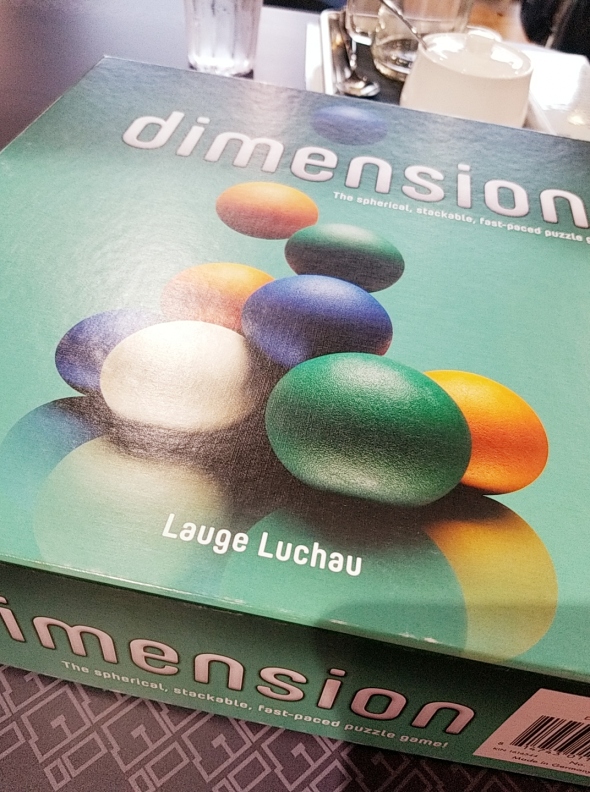 The original plan was for us to break fast at the gaming cafe but when we got to the plaza, we noticed that it was surrounded by many places to eat, so we got a little greedy. After the gaming session, the hubster and I made our way to what my husband was sure was a great restaurant with delicious food, La Sani Grill. The restaurant itself was clean but it was empty, save for two girls behind the counter. At that time (10 mins before we had to break fast), we welcomed the emptiness, hoping that we would get our food fast. But then we went to order our food. They didn’t have the dish that my husband wanted, which we found strange as the restaurant was consistently empty since we walked in, and the fish pakora side (deep fried fish in spicy batter) that I wanted would apparently take them 45 minutes to make, which I found incredibly unbelievable. Huh. So we ordered whatever they did have and paid and sat down. That’s when the doubts started to creep in. But now there was no way out of the situation, as we had already paid and getting food really fast anywhere else would be a pain.

So we waited, wincing at the sound of food being microwaved in the kitchen.  While we waited, a couple more people came, but left immediately when they found that what they wanted to eat would not be available. It was literally just me and the hubby. Then the food came. Oi, the food.  Poorly served and literally given to us in the plates it was heated in, with no garnish. And  definitely, DEFINITELY old food, it did not taste fresh at all. I ordered Biryani, which is an amazing South Asian meaty rice dish full of happiness and joy but this one, oh this one was so icky. The rice was hard and definitely tasted as though it was frozen than thawed (I know this because I am a huge rice authority). I know my fresh rice. Five minutes into eating, the two girls come up to us and tell us they are stepping out and to call them if we needed anything. That was the last straw. As soon as they left, we fell over laughing our heads off. This place was too ridiculous. We quickly finished as much as we could and departed from there. Definitely a place we will NOT be visiting again.

Hopping into an Uber, we made our way to Stephen Lewis Secondary School, where the Taraweeh(congregational night prayers) were being held. I love taraweeh. I think I generally love the feeling of people getting together for a singular reason, where your appearance, age, race, gender, class does not come into play at all. Taraweeh gives me that environment, not to mention it sets apart Ramadan from the rest of the year. It doesn’t matter how hot it gets, how tired I already am, whether I get to be on the carpeted area or the concrete. the feeling of praying together with hundreds of people, listening to the beautiful recitation of the Quran, engulfs me in utter tranquillity. It’s a really good feeling.

After we were done with the taraweeh, we started our walk home. The school is about 3 kilometers from our home, so we get in a nice walk whenever we go. And since it was Friday night, we decided we would stop at our fave hangout joint, Laari Adda (which means “Truck stop eatery” quite literally), for some sikanjabeen (lemonade) and a snack (all the walking does make one a bit peckish) before we continued the rest of the way home. I love the place, it’s so chill and classy at the same time. 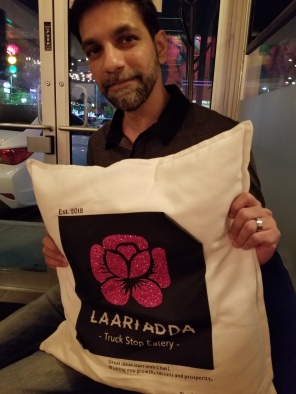 All in all, it was a great date!! I find that even when our decisions lead us into an unknown realm that has a high chance of turning out to be a failure, we still end up having a great time because it’s a screwy decision that we made, together. We laugh, we face-palm and then, we move onto the next great adventure that is waiting for us.