Endless hours and tears later, I’m still in Gold. And even after all that, I keep coming back.

Sigh, let me start at the beginning.

The past year or so, I haven’t been very good about making any posts on this blog. For most part, life had been keeping me a bit busy. But another thing that has occupied quite a bit of my time is the video game Overwatch. Let me tell you bit about it.

Basic Purpose of the Game:

Overwatch is a FPS (First Person Shooter) that brings together a mish-mash of characters with plethora of powers to work together as a team(yes, it’s supposedly a team game) in order to capture/defend objectives or escort/ some sort of payload across maps diversely located around the world.

The characters are divided into four categories: Offence, Defence, Tank and Support. A typical team consists of two Offence/Defence, two Tanks, and two Supports. The Offence characters are used for attacking, usually the ones that provide a constant and heavy stream of damage. These characters are the most beloved by the players only playing to get the highest eliminations or damage, who, more often than not, forget the concept of “capturing the point” or “escorting the payload”, because, come on, that’s not the point of this team game. To be fair, it’s not really their fault as the game rewards those with most kills, glorifying those who make great aggressive plays rather than those who support the team behind the scenes. Out of the six players, it is generally good to have two offence, especially on attack, but let’s be real, we all wanna be the highest contributor in terms of eliminations.

The Defence characters consist of characters that are meant to stand back and, well, defend the point. They are generally more useful when one is defending an objective (hence, defence) , but it’s always good to see an attacking Hanzo, a sniper character, trying to break through heavily shielded chokes that are lined with turrets. Who needs solid damage to destroy the shields when you can potentially have head-shots, am I right? Generally better for defence, as I mentioned before, but it always tickles me pink to see two defence characters on attack.

Then there are the Tanks, the spine of the team, the rocks that hold it all together. Also the second most thankless job in the whole game. Tanks consist of characters that have twice or three times as much health than the offence or defence. They take the bulk of the damage that is thrown at the team, often shielding them with actual shields (Reinhardt, Orisa, Winston) or having some sort of blocking mechanism (whether a defence matrix or body blocking). They are the ones that have to peel for their healers, to make sure that the opposite team doesn’t pick them off first. They are also the ones not getting the majority of the eliminations, especially tanks like Reinhardt, who’s main priority is to provide a shield for his advancing or defending teammates. Ah, but wouldn’t it be great if people actually wanted to play tank? Especially when solo-queuing (when you aren’t grouped up with your friends), a tank player is a rare creature.

And now for the Supports, by far the most thankless job in this whole game. These characters are the medics of the team, keeping the DPS and Tanks in top health through the battle. No one wants to be a healer. Like, there are rounds I have played without any heals.  I mean, why would you want to be the integral part of the team that keeps the team alive long enough to accomplish objective? Why would you want to be the support that speeds up the demise of the opposing teams using discord orbs or biotic grenades? And, why oh why would you want to increase the damage output that your team is dishing out?

Now that we have the different kinds of characters sorted out, let’s talk a little about team compositions. Different variations of the team composition are suited for certain maps or situations, so it would be difficult to list all of them here. I will , however, give you a basic understanding of couple of comps/situations that occur in the game.

If you are attacking chokes, one of the options is the “Dive Comp”, in which you use heroes that are meant for flanking and diving characters due to their high mobility. Such a team would consist of a Winston and a D.Va ( two of the most mobile tanks), a Tracer and a Genji (super fast and flanky DPS) and Lucio(super high mobility and provides “Speed boosts” as well) and a second healer. The main tank(Winston, in this case) is the one who mainly calls the shots as they are the ones with the shield, deciding how to approach the choke or who to dive onto first. If you are uncoordinated, the attacks will not work (unless by some unseen miracle) and that is when the team starts to fall apart and you end up with one healer, one off-tank(a take without a shield) and four DPS(two of which end up being snipers).

Another instance would be that of defending a point. If you’re defending a choke, Torbjorn’s turret or Bastion with a shield tank would be your best bet, with an off-tank, like D.Va, Zarya or even Mei, and constant stream of heals for the Bastion (preferably, a Mercy). Everything will be going well when someone on your team decides that, “Hey, I think I can make more of a difference as DPS” and they switch off of Tank or Healer without making it clear to all other players. And then things start going downhill, and then it is brought to everyone’s attention that your team only has an off-tank and Lucio for heals.

Yup. This game is a head-bashing experience.

Now that you have the basic understanding of the game, you can see why it’s is such a love-hate relationship for me. I love the game. I love that it has so many different types of characters that keep the game and alive and breathing,  that it is constantly changing said characters, which in turn keeps the game changing and fresh. On the other hand, the reward system is broken and unfairly places players in ranks in which they don’t belong. This game also brings so many people from many different backgrounds together and forges strong friendships. But on the other side of the coin, it gives abusive people the platform to hurt and irritate others who just want to excel at the game that they had purchased with anticipation.

And as much as this game makes me want to throw my controller at the screen or shout at the top of my lungs, it brings me back again and again. I hate that I love it so. 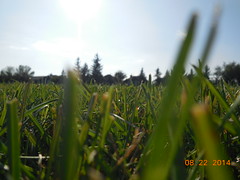 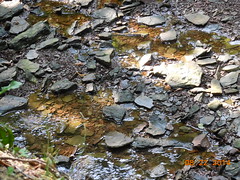